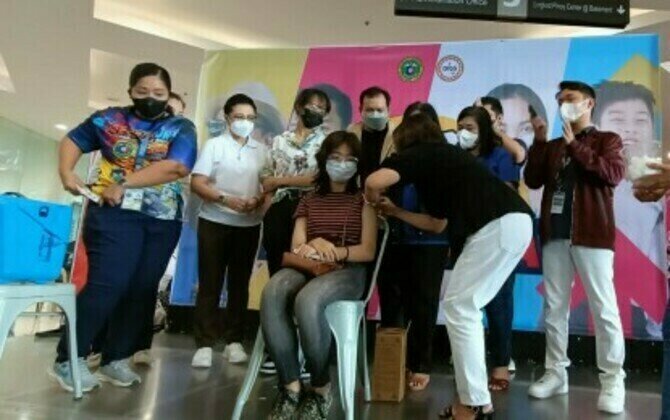 ILOILO CITY - The Department of Health Western Visayas Center for Health Development (DOH WV CHD) is hoping to further increase its accomplishment rate under the "Bakunahang Bayan: PinasLakas National Vaccination Days" campaign with the conduct of special inoculation against Covid-19 on Sept. 26-30.

"Our objective is to facilitate the rapid mobilization of the Covid-19 vaccination among our eligible population," Dr. Bea Camille Natalaray, head of the DOH WV CHD infectious disease section, said in an interview on Monday.

The Pinaslakas campaign that was launched in July this year initially targeted to vaccinate 96,522 senior citizens for their primary series and 2,049,876 for the first booster of the eligible population, except for the 5-11 pediatric age group, during the first 100 days of the current administration.

Natalaray said their central office has readjusted the target for the first booster dose to 30 percent for the first 100 days and the 50 percent will already be achieved for the rest of the year while the 90 percent target for primary series of senior citizens remains the same.

Currently, the local government units (LGUs) that are closer to the 50 percent target are Iloilo City with 47.94 percent and Bacolod City with 23. 12 percent.

Natalaray said a series of launching activities will be held this week, with focus on those needing improvement in their coverage for senior citizens such as Antique and Negros Occidental.

She said that 94.14 percent of the target eligible population availed of their primary series or are fully vaccinated while the elderly has a 77.35-percent coverage.

"The whole of Region 6 is at minimal risk for Covid-19," Natalaray said, noting that the number of cases is decreasing.