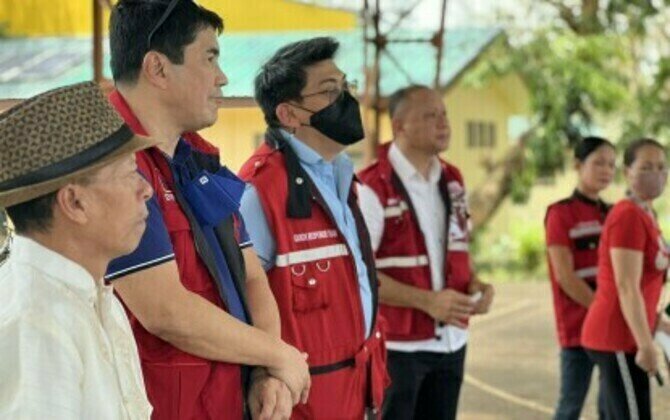 Tulfo, together with Undersecretary for Disaster Response Management Group (DRMG) Marco Bautista and Undersecretary for Operations Group Jerico Francis Javier went to Jomalig and Patnangunan towns in Quezon to see the extent of damage to the island municipalities where the massive typhoon first made landfall.

Based on the local government's assessment, some 400 families were affected by the typhoon in Jomalig.

In Patnanungan, more than 300 families from the town evacuated. At least 70 houses were totally damaged while 72 were partially destroyed.

Afterward, he visited the town of Dingalan in Aurora, another area where "Karding" made landfall.

Despite the fair weather, the Department continues to remind affected locals to follow the instructions of their local chief executives to ensure their safety before returning to their homes.

The DSWD also assured the public that it will continue to coordinate with local government units (LGUs) to ensure the provision of quality and sufficient social protection services for all affected citizens. (PNA)