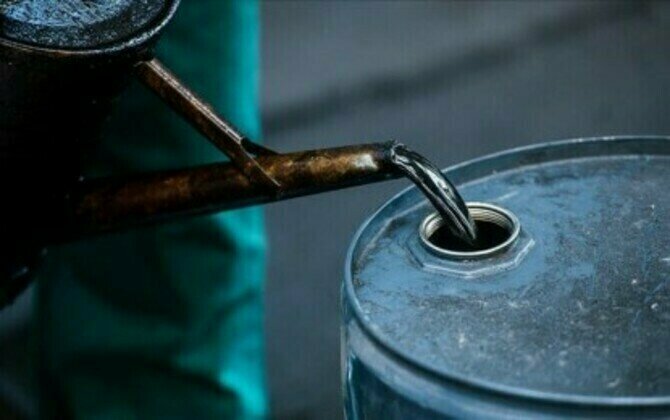 ANKARA - Oil prices continued to plunge on Monday to nine-month lows as several countries opted to increase interest rates to tame rising inflation amid recession concerns, triggering anxiety over weak demand.
International benchmark Brent crude traded at $84.07 per barrel at 10:22 a.m. local time (0722 GMT) for a 1.12 percent decrease from the closing price of $85.03 a barrel in the previous trading session. Brent oil dropped to its lowest level since Jan. 14, when it traded at $83.99 a barrel.
American benchmark West Texas Intermediate (WTI) hit new lows of $77.85 per barrel at the same time, losing 1.13 percent after the previous session closed at $78.74 a barrel. The previous record low was made on Jan. 6 when WTI traded at $88.74 a barrel.
Both benchmarks lost almost 5 percent on Friday as interest rate hikes by major economies blurred the demand outlook.
Following the US Fed's 75-point interest rate increase on Thursday, the Bank of England raised its key interest rate by 50 basis points.
Rate increases in Norway, Switzerland, Taiwan, South Africa, Indonesia, and the Philippines ensued.
The rising value of the US dollar also magnified demand fears, repelling buyers from dollar-indexed oil.
The dollar index increased 0.8 percent to 113.33, its highest level in 20 years, fueling the price downturn.
Investors are awaiting the output decision of major oil producers of OPEC+ on Oct. 5.
The group had agreed to cut production by 100,000 barrels per day (bpd) in October. (Anadolu)
}