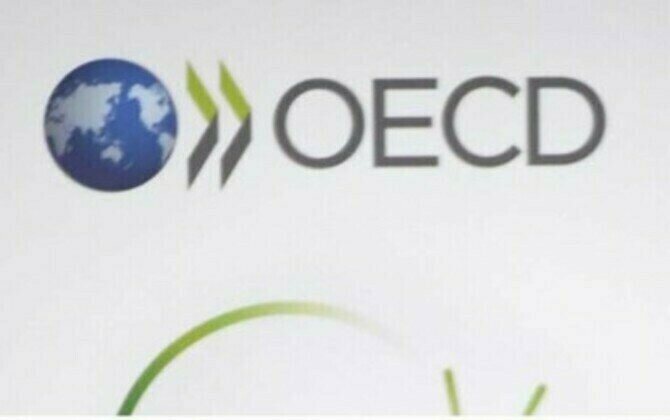 TOKYO - The global economy will likely grow 2.2 percent in 2023, slower than the 2.8 percent projected earlier, weighed down by monetary tightening in advanced economies to fight inflation, the Organization for Economic Cooperation and Development (OECD) said Monday.
Japan will see growth of 1.4 percent next year, slower than the 1.8 percent expansion previously forecast in June, the OECD's economic outlook report showed, even as the Bank of Japan is in no rush to tweak its ultra low rate policy.
Global economic growth stalled in the second quarter of 2022 as Russia's war against Ukraine has lifted energy, food and other raw material prices to the detriment of consumers.
The OECD said an extended period of "subdued growth" is projected amid prospects for further monetary tightening in major economies.
"While it is likely that growth in the third quarter has been positive, helped by a pick-up in China, a number of indicators have taken a turn for the worse, and the global growth outlook has darkened," the OECD said.
This year, the United States and Japanese economies will likely see slower growth than previously estimated, at 1.5 percent and 1.6 percent, respectively.
Growth will pick up in China, the world's second-largest economy, to 4.7 percent next year from 3.2 percent this year, though at a slower pace than earlier forecast.
The OECD expects the eurozone economy to grow 3.1 percent this year but to slow sharply to 0.3 percent next year.
Europe, whose dependence on Russian energy is high, has been taking a hit from surging prices.
Accelerating inflation has become a headache for policymakers in many parts of the world, though the pace of increase has varied.
Inflation in the US, where the Federal Reserve has been aggressively raising interest rates, will rise 6.2 percent this year and then 3.4 percent next year, the report said.
The OECD expects headline inflation for Japan to gain 2.2 percent this year and then 2.0 percent next year, both revised slightly upward from June.
The BOJ has taken the view that the recent cost-push inflation will not last long, and Governor Haruhiko Kuroda expects core consumer inflation, excluding volatile fresh food items, to undershoot its 2 percent target in the next fiscal year from April.
The euro area is forecast to see inflation jump 8.1 percent this year and 6.2 percent next year, the Interim Economic Outlook report showed. (Kyodo)
}