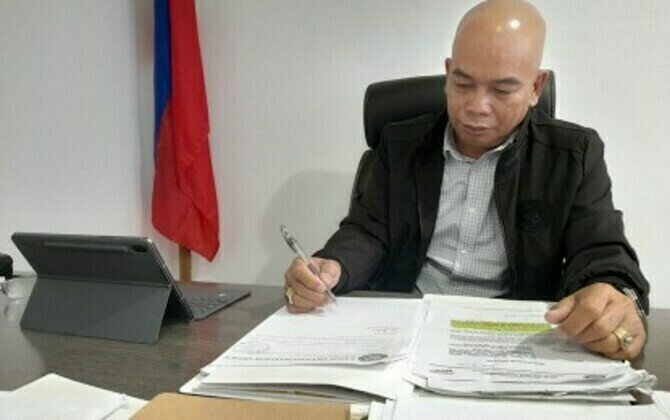 Arrest of suspect in shooting of LTO-13 worker hailed

BUTUAN CITY - Top officials of the Land Transportation in Caraga Region (LTO-13) have lauded the recent arrest of the primary suspect in the shooting of their female employee in Surigao City earlier this year.

In an interview Monday, LTO-13 Acting Director Danielo Merson Borja said justice has been served to their co-worker, Allen Teress Devera Laygo, who was seriously wounded when attacked by a gunman on May 12 this year in Surigao City.

"She was lucky to have survived the attack despite her serious gunshot wound in the face. The bullet exited on her neck," Borja said.

Laygo has not yet reported for office as she is still recuperating from her wounds.

"The top management of LTO-Caraga is also planning to transfer her to the regional office for her safety once she is fit to return to work," Borja said.

Borja thanked the personnel of the Criminal Investigation and Detection Group in Surigao del Norte (CIDG-SDN) and the Surigao City police for the arrest of suspect Arnel Mausisa.

In a report, the CIDG-SDN said Mausisa was arrested on Sept. 23 in Barangay Quezon, Surigao City.

The suspect has a standing arrest warrant for frustrated murder issued on Sept. 4, 2022 by the Regional Trial Court Branch 29 in Surigao City.

CIDG said it was still completing its investigation to determine the motive behind the attempt on Laygo's life. (PNA)