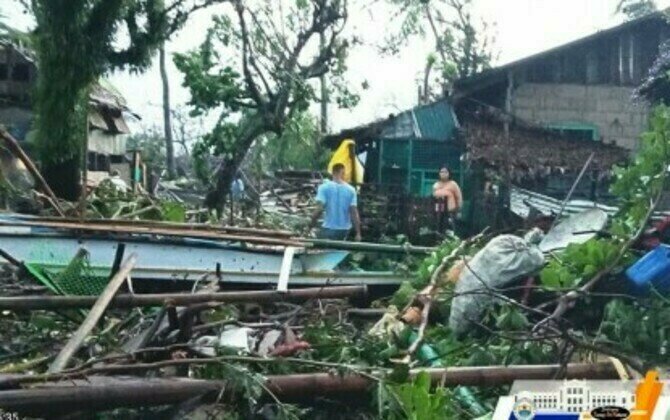 MANILA - Some 16,476 families or 60,817 individuals have so far been affected by Super Typhoon Karding (Noru) which lashed Luzon on Sunday, the National Disaster Risk Reduction and Management Council (NDRRMC) reported Tuesday.

In its latest situation report, the agency said these families are from the Ilocos Region, Cagayan Valley, Central Luzon, Mimaropa, Bicol and the Cordillera Administrative Region (CAR).

Also, 12,352 families or 46,008 persons are being sheltered in 976 evacuation centers while the remainder have returned home or are being aided by families and friends.

Around 74 incidents of flooding were also reported -- 70 in Central Luzon and four in Calabarzon.

The NDRRMC said five of these deaths are from Central Luzon -- the rescuers of the Bulacan Provincial Disaster Risk Reduction and Management Office who were found dead in San Miguel town after being swept away by floodwaters.

Meanwhile, the missing are from Mercedes town in Camarines Norte.

The NDRRMC said the deaths from Bulacan are already verified and that it is awaiting a "certification of identification" to make it official.

Meanwhile, two more deaths from Zambales province; and one each from Polillo, Quezon province and Bataan province, are still undergoing validation.

Infrastructure damage was placed at PHP3 million in Mimaropa, while damage to agriculture was estimated at PHP1.5 million in the Cordillera. (PNA)