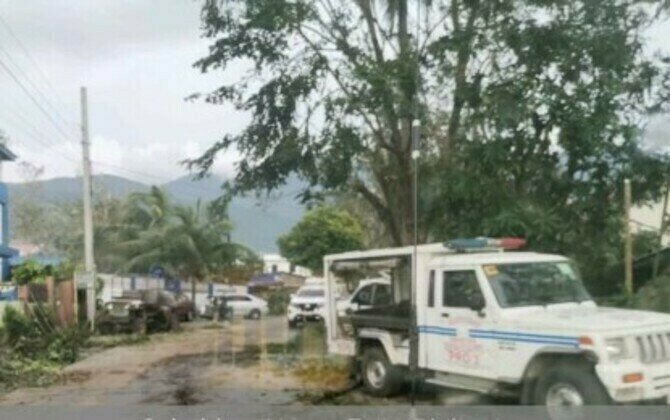 Six police facilities recorded the following damage and its cost from the weather disturbance.

Azurin assured that the PNP has its own funds to finance the repair of police stations and other offices that are damaged in times of natural calamities.

Azurin also tasked the chiefs of police and other commanders to check the status of their respective personnel to determine if they were affected by the weather disturbance.

Meanwhile, the PNP has also deployed personnel in identified evacuation areas so immediate assistance can be assured.

"Our personnel are in constant coordination with the LGU and all other government agencies in assisting to the need of transferring the residents to a safer place. It is high time to show our spirit of Bayanihan. Tulong-tulong tayo sa pagligtas ng ating mga kababayan (Let us help save our compatriots),'' Azurin said.

"We continue to urge the public, especially those directly hit by the calamity, to exercise vigilance and discipline in this trying time. Our hardworking personnel are constantly conducting patrols to scour on areas and assess the typhoon effect," he added. (PNA)