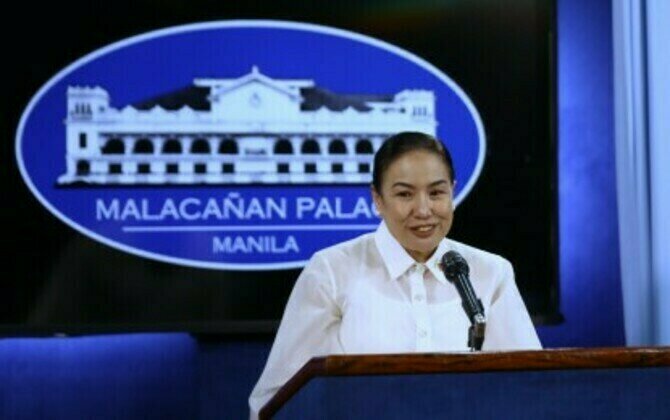 PBBM 'in constant touch' with economic team amid peso weakness

MANILA - President Ferdinand "Bongbong" Marcos Jr. is "in constant touch" with the country's economic managers amid the continued depreciation of the Philippine peso against the US dollar, Malacanang said on Tuesday.

"The President is in constant touch with the economic team and they are closely monitoring this," said Press Secretary Trixie Cruz-Angeles in a Palace briefing, when asked if the weakening of the Philippine peso was discussed during the 9th Cabinet meeting presided by Marcos at Malacanan Palace in Manila on Tuesday morning.

Peso's rapid depreciation was not among the issues tackled during Marcos' meeting with his Cabinet, Cruz-Angeles said.

Cruz-Angeles, however, ensured that Marcos closely monitors the currency movements "on a regular basis."

"The President closely monitors on a regular basis and is in close contact with the economic managers on this matter," she said.

To date, the Philippine peso is trading at the 58-level against the US dollar after starting the year at 51-level.

The peso slipped to its new record low on Sept. 23 after closing at PHP58.50 a dollar.

On Monday, the International Monetary Fund (IMF) slashed its 2022 growth forecast for the Philippines from 6.7 percent to 6.5 percent due to the impact of the global economic slowdown.

Marcos' economic team lowered its growth expectations for this year to 6.5 percent from 7.5 percent.

IMF also noted that its growth forecast for the Philippines in 2023 is at 5 percent.

Sought for reaction, Cruz-Angeles opted to defer to the wisdom of the country's economic team.

"We will have to see about that. Our economic managers forecast a higher growth. So, they are in a much better position to make that determination in that forecast," she said.

"Our fundamentals are strong. Our economy is in good resurgence, and we are experiencing a good rate of growth right now. So, we will have to see in the end whether that forecast is going to be more accurate than the local forecast," Cruz-Angeles added.

The Philippine economy grew at 7.8 percent in the first half of 2022, still within the economic managers' target band. (PNA)