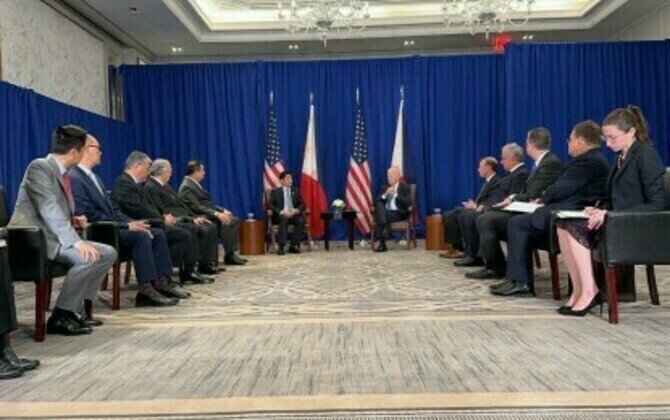 MANILA - The recent New York trip of President Ferdinand Marcos Jr. signaled the improving relations between the Philippines and the United States while establishing Manila would stick to its independent foreign policy and a "friend to all" stance, international law expert and former Presidential spokesperson Harry Roque said Tuesday.

Roque acknowledged that relations between the two had been "very strained" under the previous administration.

"The achievement is he went to the United States, accorded immunity from suit, which sends the message that America wants to continue our traditional friendship. And by going to the United States, President Marcos said we also want to be your friend but take note that we are friends to all," he said at the Pandesal Forum in Quezon City.

During the bilateral meeting, Marcos told Biden that the Philippines looked forward to a continuing partnership with Washington DC, especially on the maintenance of peace in the region, saying that the Southeast Asian nation continues to treat the US as a friend, ally, and partner.

Roque hailed as a good move Marcos' invitation for American businessmen to invest in the Philippines.

"We cannot measure the success of this initiative until the money comes. But what is important is the Philippines after six years have a President selling the Philippines to American venture capitalists. Did that happen during the time of President Duterte?' he said. "I think it's high time. [A]lthough China is on its way to becoming the economic superpower, in reality, it is still the US that is number one as of now."

Aside from marking a mending in the two nations' relations, Roque said the US trip also served as Marcos' "debut in the international space".

"Everyone has to know that we have a new president. He has the same family name as the former president, but he is his own person. And to me, that is the important message: 'I am Ferdinand Marcos Jr. President of the Republic of the Philippines. I am my own man,'" he said.

It also provided a platform for the new administration to reaffirm the importance it places on mitigation by recognizing climate change as the "greatest threat" affecting the world. (PNA)