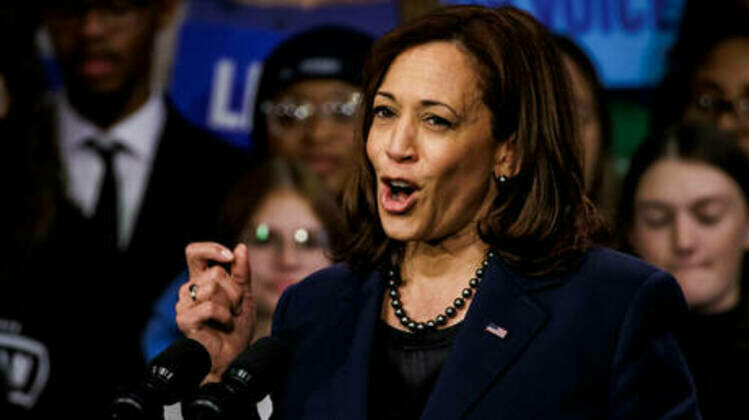 US Vice President Kamala Harris has traveled to the Philippines for a visit designed to demonstrate Washington's support for Manila and other Southeast Asian allies in their territorial disputes with China.

Harris arrived on Sunday evening to a red-carpet welcome in Manila after attending the Asia-Pacific Economic Forum in Thailand. She's scheduled to meet with President Ferdinand Marcos Jr. on Monday for talks on strengthening security and economic ties, then fly on Tuesday to the Palawan island chain, which lies adjacent to disputed waters of the South China Sea.

Harris will become the highest-ranking US official to ever visit Palawan. Her trip marks the latest effort by President Joe Biden's administration to push back against Beijing's territorial claims in the Spratly region, where China has dredged the seafloor to create artificial islands featuring airstrips and missile launchers.

Parts of the Spratlys are claimed by the Philippines, Taiwan, Vietnam, Malaysia, and Brunei. Washington has also sought to enforce freedom of navigation in the South China Sea, which is home to an estimated $5 trillion worth of annual shipping traffic, as well as rich oil and natural gas deposits.

READ MORE: What is really going on between Beijing and Washington in the South China Sea?

Asked what message the administration intended to send to Beijing, the unidentified official said, "China can take the message it wants. The message to the region is that the United States is a member of the Indo-Pacific, we are engaged, we're committed to the security of our allies in the region."

Philippine Ambassador to Washington Jose Manuel Romualdez agreed, telling the Associated Press: "The message they're trying to impart to the Chinese is that 'we support our allies like the Philippines on these disputed islands.' This visit is a significant step in showing how serious the United States views this situation now."

READ MORE: US to deepen 'unofficial ties' with Taiwan, VP

Beijing has claimed sovereignty over the Spratly Islands and surrounding waters as falling within its "nine-dash line." During a visit to Southeast Asia last year, Harris accused China of "coercion" and "intimidation."